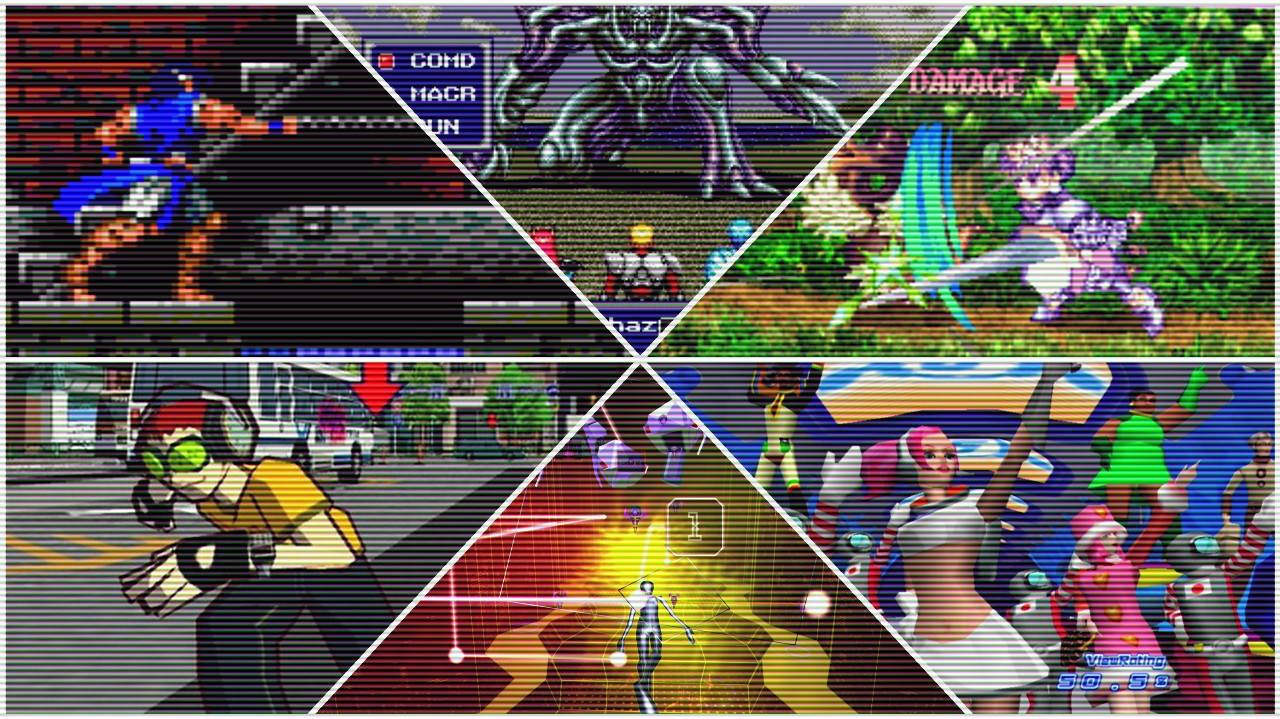 I have been an avid fan of video games ever since I received my first handheld system, the Game Gear, at the age of six. I can still be found playing handheld games to pass time and always seem to have at least two J-RPG's going at once. Always full of random facts about Sega Saturn and Dreamcast games, but this is rarely useful. I am currently a freelance writer and can be found rambling on twitter at @mikeke352

I love this the atmosphere this time of year. I love the weather, the chills, and all of the frights! There are many things I love to do to get in the spirit of this spooky season but one of the things I love to do most is dive into horror games! I have a thing for obscure and underrated scary games, (or games in general really," and this month I am excited to share some of the best ones many might have missed. Games such as..

I hope my amusement brings some to you as well. Happy Halloween month! 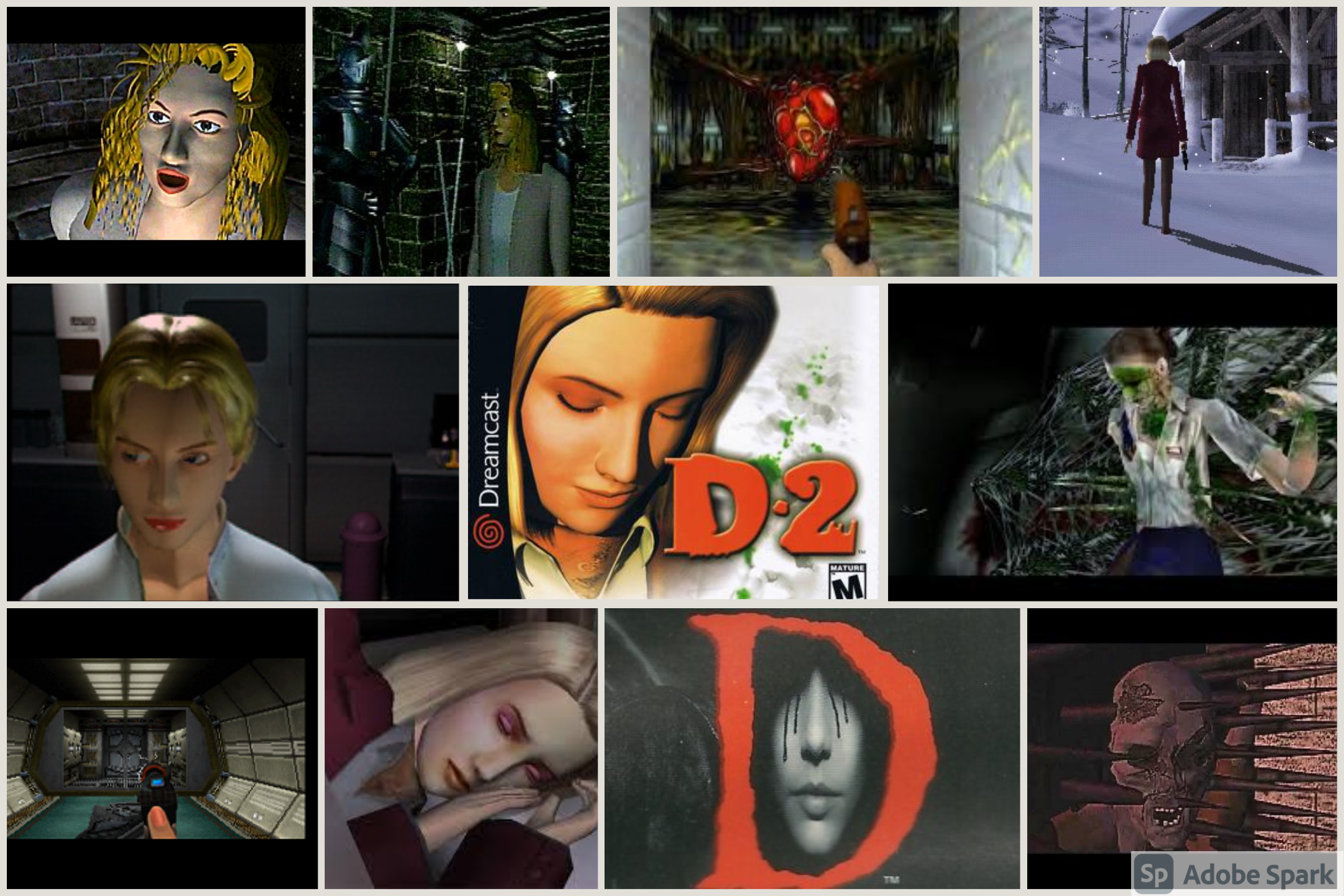 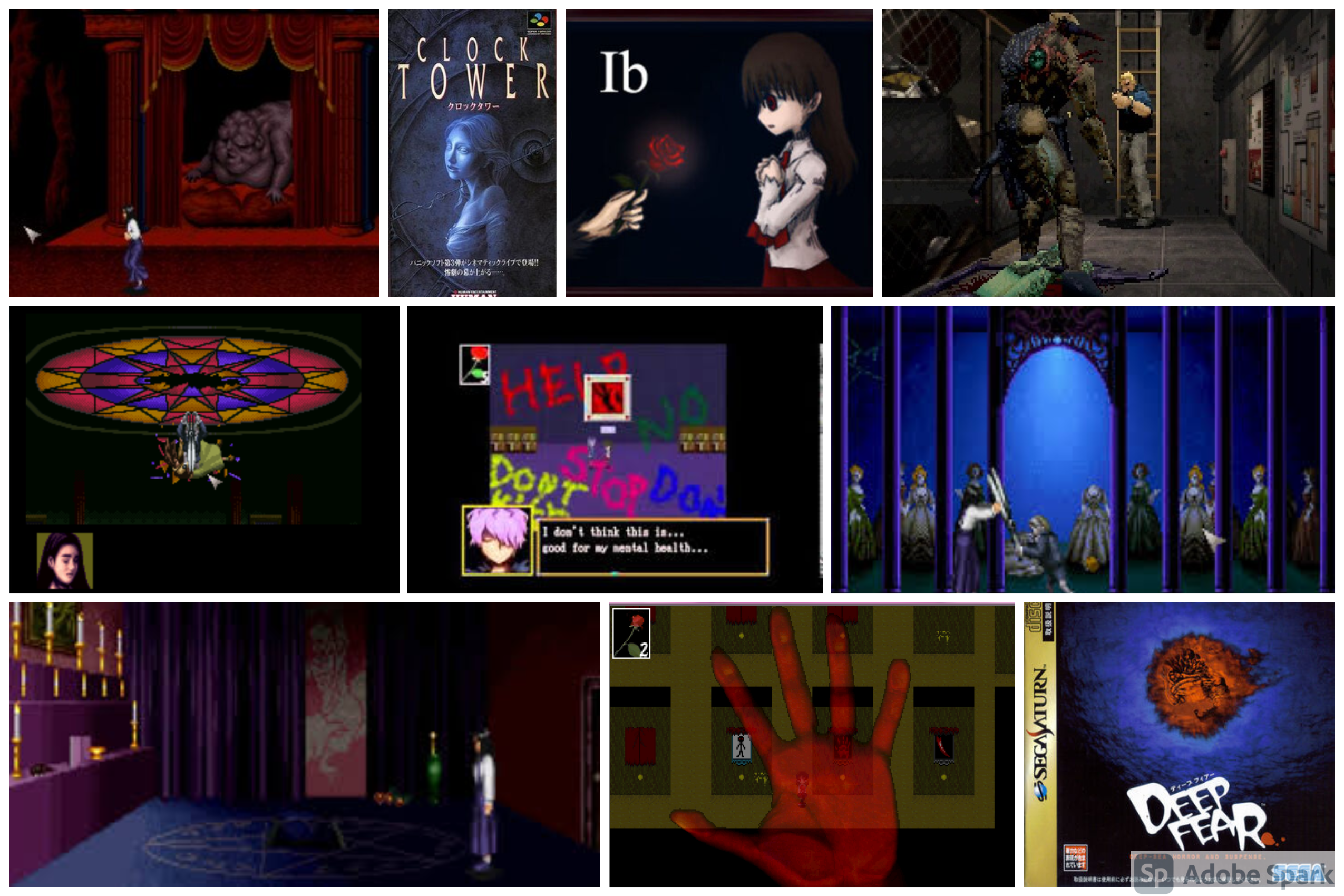 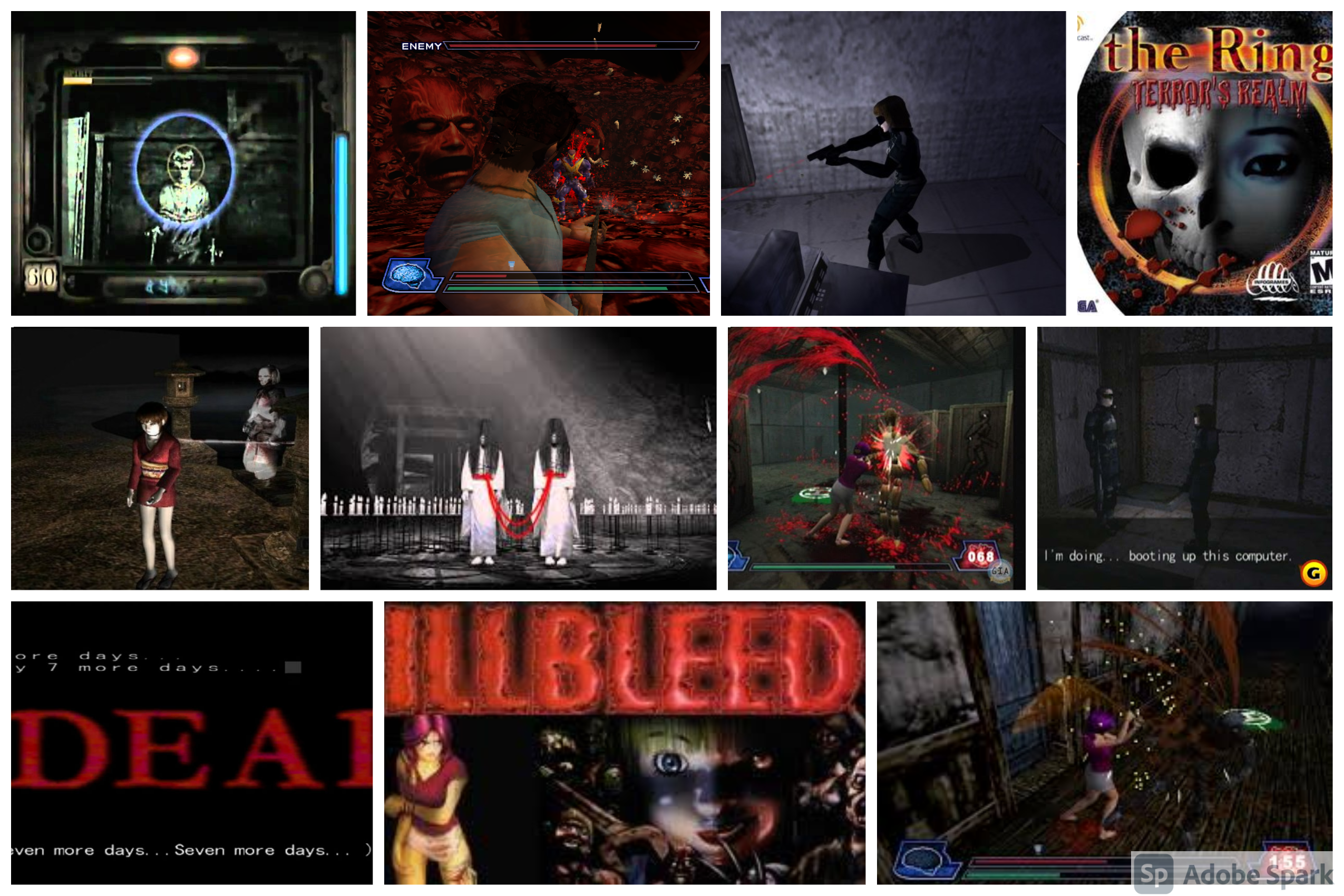 One of my previous Halloween videos 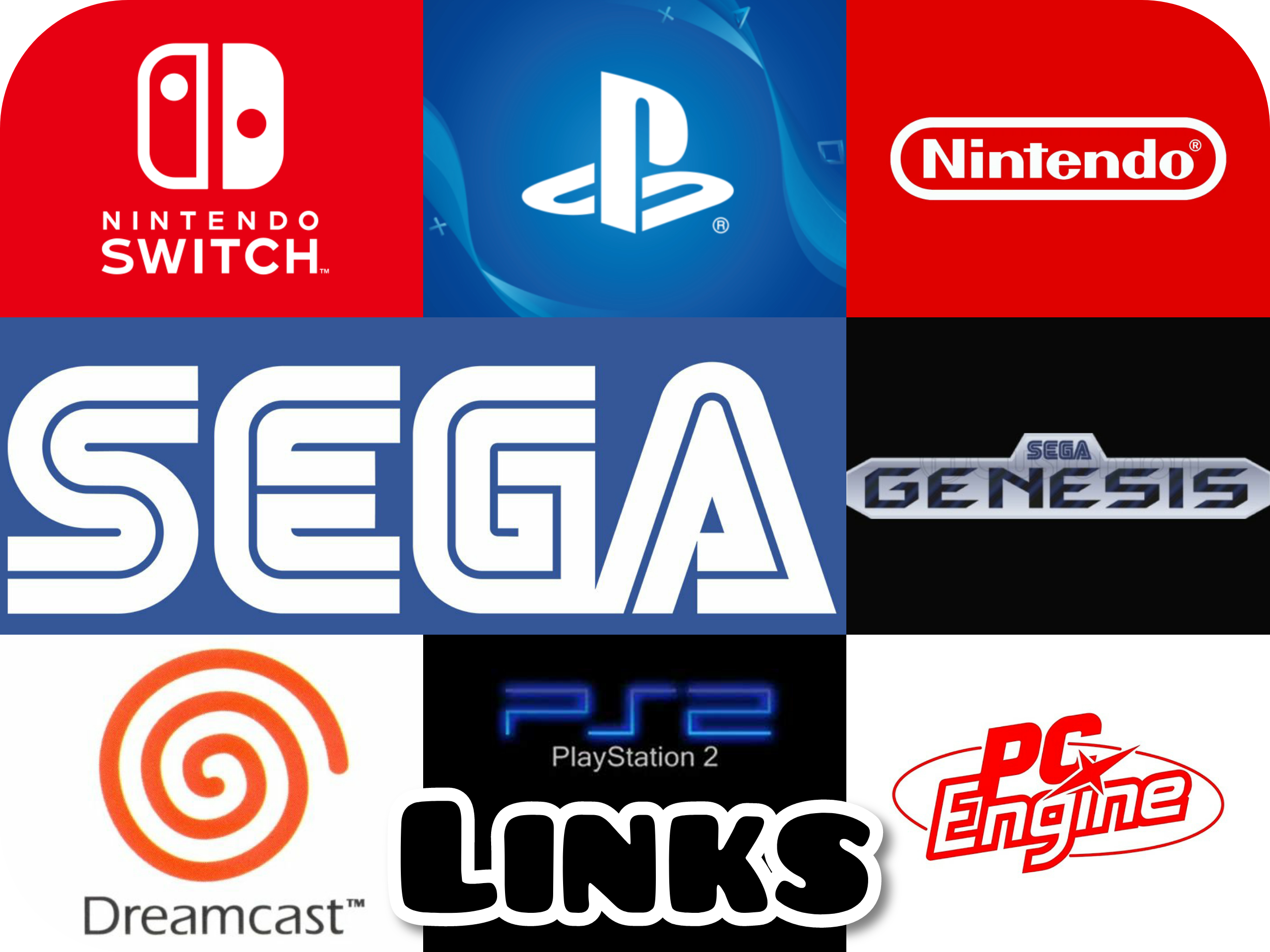 Clock tower is a cult favorite horror game first released for the Super Famicom, (the Japanese SNES,) in 1995 and was later ported to the PC, PS1, and Wonderswan. It is an early horror game and does not fall into many of the established traits that many others in the genre exhibit. Clock Tower is a 2D point and click adventure game at its heart. There is no real combat and no real tactical offensive or self defense measures. It’s just you, your wits, a mystery, and a killer...

D2 is insane in the best sort of way. It combines gameplay and storytelling elements (ex., the digital actors,) from D and Enemy Zero with new modes and ideas. Part of the game is on rails adventure style exploration like in D and Enemy Zero while the other major part is more standard survival horror featuring first-person combat, random encounters, and a light RPG-like leveling system....


Enemy Zero is a horror game released exclusively for the Sega Saturn in 1997. It was developed and released by Japanese indie game studio WARP and is the brain child of the late mad-genius Game designer Kenji Eno. It is known for it’s unique gameplay featuring invisible enemies that can only be detected and hunted entirely by sound...

D, (or D no shokutaku), created by Japanese indie game studio WARP, is a very early entry in the horror gaming genre. First released on the 3DO, Saturn, PS1, and PC in 1995, it was the first fully CGI video game and is an oft-forgotten gem in the genre. While it was a huge success in Japan it meerly reached cult status in the west, but has more or less been praised for its daring approach and creative quirks...

Ib, (pronounced "Eeb",) is a solo developed indie horror game released in 2012 made in RGP Maker. Originally released only in Japanese, it has since been translated into English, Spanish, and Italian and all versions are available to download and play for free. Unlike many RPG Maker games, Ib has no turn-based/strategy combat or random encounters and instead focuses on immersing players through exploration and puzzle solving...

Ask random gamers off the streets what they think of the late game designer, Kenji Eno, and most would certainly all give you the same answer: Who is Kenji Eno? But, ask gamers whose roots in video games reach a bit deeper and span back through the later half of the 1990s, and many will express a polarizing set of sentiments either glorifying the man’s works and impact on video games, or angrily dismissing his career as trash...

WHY I LOVE WONKY RPGS


For the most part, people tend to be fickle and choosey with their RPGs. To be honest, there isn’t anything wrong with that. People are free to like what they like, choose what they choose, play what they want and pass on the rest. Gamers have strong feelings about what they play and what they pursue and this especially makes sense with Role Playing Games. The whole genre, while more easily recognized and accessible today than ever, is still a niche territory that has many different little sub-genres and trends nestled within it...

For your listening pleasure